Instrumentation of the vaulted roof of the CNIT 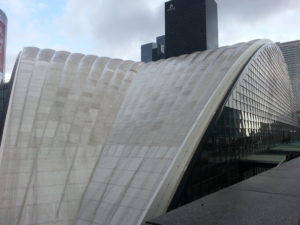 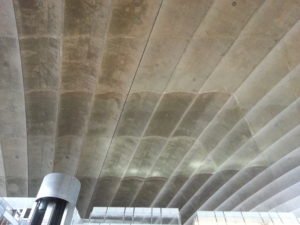 In the context of the project management research into the extension of RER E (rapid rail network line E) between the train stations of Haussmann – Saint-Lazare and Nanterre – La Folie, a new station is to be built under the Center of New Industries and Technologies, known as the CNIT. Built between 1956 and 1958, the CNIT was the first building to be constructed in la Défense and is one of Paris’ iconic structures. It set a world record with its 22,500 m² self-supporting reinforced concrete vaulted roof, which is only 6 cm thick and spans 218 m. As part of the research into the behaviour of the roof of the CNIT during the works’ phase, Setec TPI carried out ad-hoc modelling. The structure’s thinness and the sensitivity of its behaviour meant that the model had to be calibrated on the basis of experimental data. 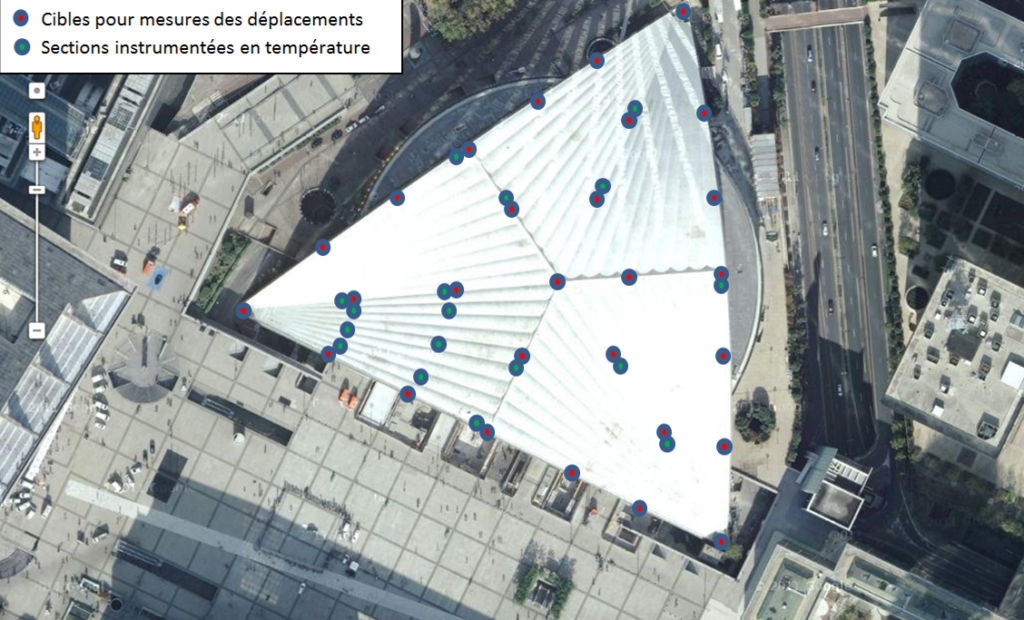 As part of the technical assistance that it provided to the client, DIADES was responsible for drawing up a comprehensive instrumentation program for the roof of the CNIT in order to determine its actual behaviour under environmental conditions. The proposed instrumentation was based on precision 3D measurements in order to track distortions in the roof skin under temperature cycles, based on topometers controlled by total stations. To complete these measurements, the weather conditions (temperature, humidity and pressure) were tracked and the temperature and distortion of the concrete were measured at various points of the roof. As part of this task, the technical specifications and information of the instrumentation contract were drawn up, and the tenders were analysed and considered. The works will be monitored at the end of 2014 as part of the overall management.