Stack inspection of the Magnan Viaduct by Drone 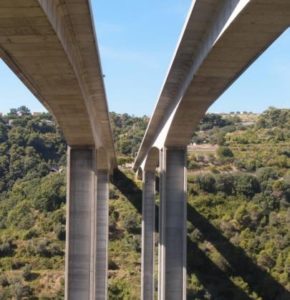 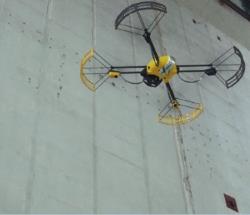 Le Magnan viaduct is a prestressed concrete box girder bridge carrying the A8 highway in its northern Nice bypass section. It crosses the valley of Magnan and the Madeleine. It is 486 meters long and its H-shaped cells have a maximum height of 90 meters. Built by successive cantilever method, it actually consists of two parallel viaducts separated by about ten meters. The south viaduct was completed in 1975 and commissioned in December 1976. The traffic initially operated then in a two-way manner on this single deck. The second viaduct, to the north, was finished in 1983 when traffic was modified to one way dual carriageway on each deck. Given their very large operating constraints, Esterel Highways, Côte d’Azur, Provence, Alpes wanted to make a detailed inspection of overpass stacks of Magnan North and South by drone.

The defects found led to a threedimensional projection of the mapping components of the structures’ model, to visualize the extent of the structural defects.

Diadès conducted a detailed inspection mission of the structure, using a drone to obtain a precise mapping of faults and disorders with a precision of 1/10th of a millimeter. This inspection is required under the preventive monitoring of the structure. 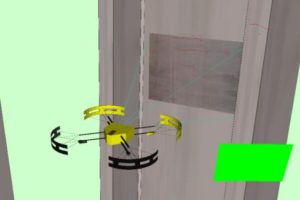